I’ve always had a decent temper. I have seasons in life where I am able to surrender it well and allow the Lord to redirect me. I have other seasons where I fail miserably. And it’s ugly.

It wasn’t until recently that I’ve been incredibly convicted of my recent anger issues. I’ve hidden behind a facade of post partum depression, anger at certain circumstances, frustration towards people. And now… Now I have little eyes watching me. Peering into my behavior whether it be big moments or small moments – a win or a loss.. These little eyes deserve to see a good example.

It was recently brought up to me that some of my anger may be related to unforgiveness.

It’s been almost a year since I had no other choice but to walk away from my very best friend and a man who was like a brother to me…. I chose not to forgive because I was so deeply wounded by his choices.

It’s been 12 years since I found out my parents were divorcing, and my dad left, married another woman, and made his own choices…. Naturally I distanced myself… I chose not to forgive because I was so deeply wounded.

There were choices made also by my mother. She did what she felt she needed to heal from her wounds. In turn it had its consequences, and I can’t be the only one- but was left deeply wounded.

In 2009, I thought I fell in love with a stranger, quickly jumped into a toxic relationship. Turn out things were not as they appeared to be…. I chose not to forgive because I was so deeply wounded.

A year later I stayed in another toxic relationship- for a few years. Empty promises, ping longed back and forth…. I chose not to forgive because I was so deeply wounded.

A previous pastor whom I trusted and valued… Upon hearing my need to step away from the worship team to follow my (at the time Fiancé) husband and his lead to another church… He said that I wouldn’t become what I was designed for without that church/platform….. I chose not to forgive because I was deeply wounded.

Years of poor choices, carelessness, recklessness. Drugs, binge drinking, poor self worth, anger, regret, resentment, unforgiveness welled up and my own choice to not forgive myself for purposeful mistakes welled up.

Many of you know the rest of my story. I found a man, who didn’t/won’t deeply wound me – I’m grateful for my husband. I have a relationship with the Lord who has promised to never wound me, instead promises to heal me. I forgave myself. I accepted forgiveness freely given by Jesus’ Blood on the cross. What I didn’t do was keep forgiving those who had deeply wounded me.

Unforgiveness is like a brick that you drag around tied to your ankles. After a while you get used to the heaviness. Heck, you may even forget about it. But the long term ramifications add up. Perhaps you end up with deep wounds around where it’s tied. You may end up with broken bones, a sore back, fatigued body.

The same happens in your spiritual life. If you hang on to something that’s not meant to be held on to… It has consequences. You’re held back. Maybe there’s growth, but you’re not soaring. Maybe there’s freedom but you just not tied down- but still feeling trapped. Maybe you’re angry, and you haven’t figured out WHY until someone asks you about your past.

There’s more freedom when you own your “stuff”. There’s accountability when you air your need and desire to be forgiven and display forgiveness. Also, I’m a pretty firm believer that being transparent is huge. Especially today. We have our perfect little kids, with our perfect little meals, and our spotless perfect homes, and tones little bodies displayed for all to see on Facebook and Instagram.

Lord knows I feel like I don’t fit into the “buff mom’s club”, or the “100% Organic, well rounded meals” type club. I belong in the “messy house, dirty hair, some days I win, a lot of days I lose, but Jesus and my hubby still loves me” type club!

So yeah, we all got deep wounds. I just don’t want to be a slave to those wounds anymore.

Your sweaty little head is resting on my chest as your little eye lids flutter. I’m assuming you’re in a light phase of sleep but the sound of your breath is relaxed and calm. I could kiss your lips a million times while you sleep on me.

You’ve always been a busy boy and now… You are even busier. I didn’t even know that was possible! You zoom from room to room. Pulling up, plopping down, and even testing those walking skills by attempting a step or two along the furniture. Sometimes though- you just feel stuck and I try to encourage you with ways to “unstuck” yourself in the standing position.

You are so fun. You love your daddy. You adore your puppy and kitties. You love food and play time. In most ways you are absolutely the easiest. Which is amazing. Cause for a while there – you were really hard.

Your free spirit, boldness, and stubbornness is fiesty and fun to watch and mold. You are so strong willed- I’ve met my match! Perhaps you’ll be a lot like me.

My favorite part of you is how much you love worship music. Every Sunday you bounce along with the words. It melts my momma heart. God has BIG things for you. I don’t know what, but oh my goodness. I cannot wait to have front row seats to His goodness in your life.

You are the best work I’ve ever done. I love you to the moon and back and then more.

He’s not yet clapped – but he’s just not finding it amusing. He’s also attempted waving once or twice but has since forgotten. I’m sure these skills will reappear soon.

We walk with the March of Dimes on April 23rd. My fundraising totaled to $1,550.00! Thank you to everyone who helped raise those funds to support healthy momma’s and healthy babies 💙

Time is flying by. I am so proud of my bubba. I’m so incredibly thankful for the stretch, the expansion of my heart, and the gift we’ve been given. Crosby is truly a blessing.

I am the Righteousness of God by the Blood of Jesus. 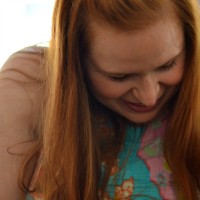 A journey through infertility & into motherhood

I've never done this before...

The Secret Life of Emily Maine

a place to shout my secrets

Waiting on a Rainbow

Writing about life with humour & heart

The limbo stage between "trying is the fun part" and IVF

Adventures of a Labor Nurse

The Highs and Lows of Labor and Delivery

Just Some Coffee and a Keyboard
Motherhood & Everything Else

A friendly resource for women who want to lead better lives

World's Okayest Mom shares the irreverent side of adoption, infertility, twins, race, and staying at home with 3 boys in diapers